Hide Search
Assisi. Who knew what an enchanting place this walled city would be. It’s most famous for St. Francis and the Basilica named in honor of him. It’s so difficult to put into words the feeling you have when you’re there, so I’ll let the photos do the talking. I spent lots of time editing these photos, hence the long overdue post. 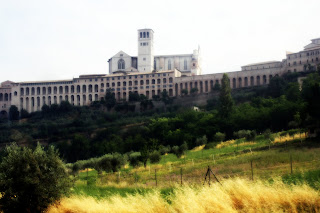 The wall around Assisi as we approached. 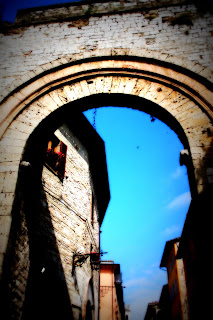 Just outside the city wall. 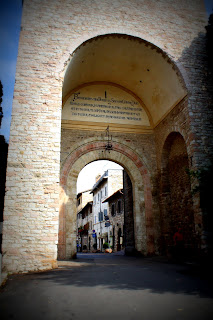 Another outside the wall. 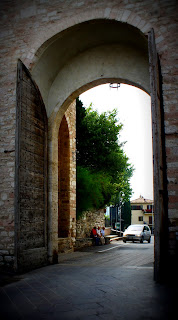 Inside the city wall. 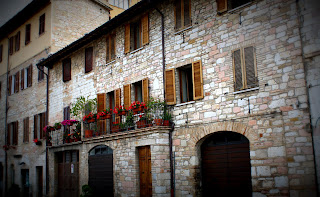 The beautiful sights of Assisi. I could have stayed there a week, or two, or really never come home as long as Randy would stay and my dogs could come. 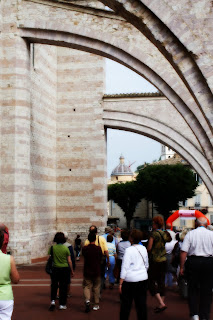 Santa Maria degli Angeli. Absolutely breathtaking basilica made of marble. It took over 100 years to build: 1569 – 1679. The arches pictured here were added later to support the structure. 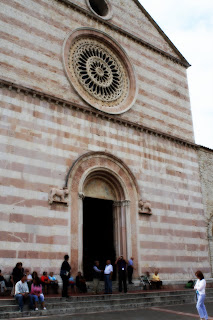 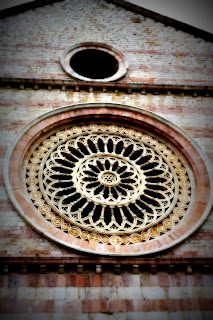 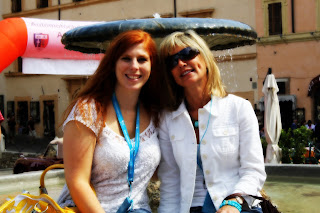 My friend Betsi and me at the fountain in front of Santa Maria. Yes, we look like tourists with our “Whispers” around our necks. 🙂 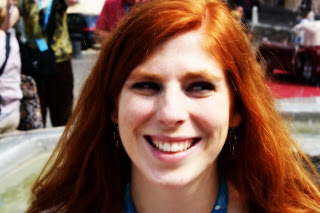 Randy snapped this shot of me in front of Santa Maria. 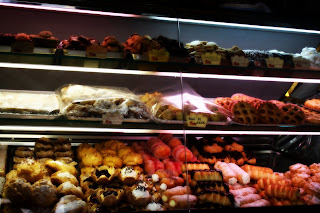 Had to snap a few food pics. Actually there are many more to come, just didn’t eat in Assisi. (But I couldn’t resist snapping this shot of beautiful confections.) 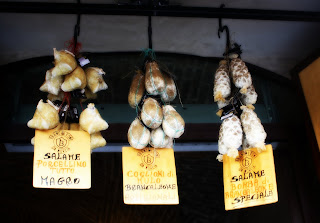 Charcuterie hanging from the store front doorway. Love it. 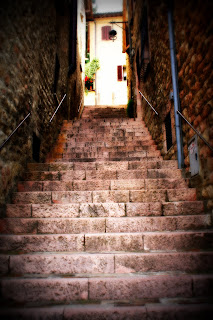 One of the many enchanting stairways along the street. Everything looks so inviting. Wish I could have climbed these stairs, but alas, we were on a schedule. 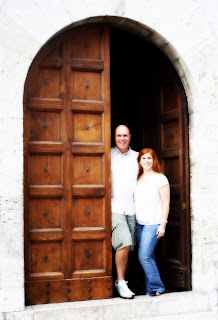 A staged portrait. (Thanks so much Jan Wilson for your fab photography skills!) 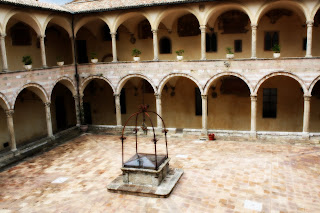 Inside the Basilica di San Francisco (St. Francis). This is actually two bascilicas – the old one down below. We were waiting to get into the downstairs one. The lower bascilica was finished in 1230. The the upper basilica was finished in 1280. (Kicking myself that I didn’t get a good shot of the grounds in front, it was quite lovely.) 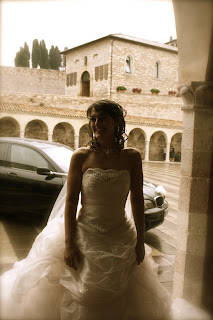 This gorgeous bride was outside when we walked along the outer walkway. I had to snap a picture of her. She’s so beautiful and looks so incredibly happy. I love weddings and brides – I must be a romantic at heart. 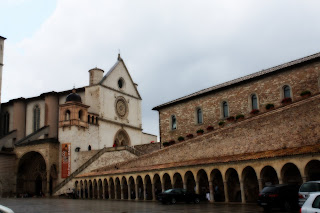 Inside the outer walkway. Leaving Assisi for this trip, but I shall return.

Since 2009, I’ve taught cooking classes out of my kitchen in our 1924 historic Mediterranean Revival home nestled in the heart of College Hill in Wichita, Kansas. My passion for entertaining comes … END_OF_DOCUMENT_TOKEN_TO_BE_REPLACED

Since 2009, I’ve taught cooking classes out of my kitchen in our 1924 historic Mediterranean Revival home nestled in the heart of College Hill in … END_OF_DOCUMENT_TOKEN_TO_BE_REPLACED